The Bans of Plastic Bags in Different Countries

Since the innovation of plastic, a variety of plastic products have rapidly appeared in people’s daily life. It brings convenience but also brings many problems. Those problems can be divided into two comment parts, one is a visible issue, the other is a potential issue. For visible issues, such as white pollution. The non-degradable products that can be found everywhere are extremely damaging to the surrounding environment.

For potential problems, which will more serious than visible problems. For example, plastic products which be discarded will divided into many small pieces and mix with soil, then be absorbed by plants, eaten by animals. This situation will cause a vicious circle for the eco-chain. Keeping a balance between convenience and environmental protection has long been a global challenge. For this reason, many countries have developed policies to control plastic pollution.

The production and sale of plastic bags under 0.025mm were banned in China since 2008, and there was an extra charge for plastic bags when you shopping in supermarkets.

In 2019, 11 cities in China have been selected by Ecology and Environment Authorities as the “Free-waste City” test place. Besides, Hainan Province has announced a complete ban on the production, sale and use of listed single-use non-degradable plastic products on the whole island by December 2020.

In 2016, France passed legislation announcing a complete ban on plastic cutlery by 2020.

Then in 2018, one of the tourist areas in the annexe on the east coast of Italy introduce legal provisions to ban disposable plastic cutlery. What’s more, Penalties for violators can be 500 euros.

2020 meeting of member states’ ambassadors in the Permanent Representatives Committee agreed the proposal to ban single-use plastic products. This proposal states that the sale and use of 10 types of single-use plastic products, including single-use straws, stir sticks, cotton swabs, trays and so on, will be completely banned in Europe. By 2025, 90% of plastic bottles in the EU will be recycled and plastic filters for cigarettes are to be reduced by 50% and 80% by 2030. Otherwise, EU members should ensure that at least 50% of lost or abandoned fishing gear containing plastics is collected each year and the recycling rate of that rubbish will at least reach 15%.

UK council announced also announced that plastic straws, stir sticks, cotton swab are banned. In addition, UC council start to a pilot test of a deposit collection scheme for drinks bottles. The deposit collection scheme aim to get consumers into the habit of recycling their bottles in time. The price of the bottle is included in the drink purchased by the consumer. By dropping the bottle back into the supermarket’s recycling machine, the consumer will be refunded the cost of the bottle.

In order to reduce the use of plastic products and protect the environment, we not only need the regulation and restraint from different countries in the world, but also requires individual’s good behaviors. Using less, not throwing it away and recycling it in time are all key to reducing plastic pollution. 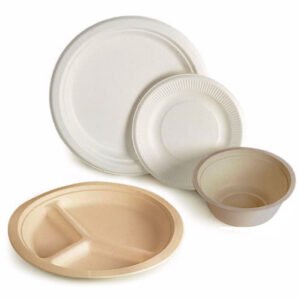 This article is to talk about the current status of eco-friendly tablewares.

This article is to explore the new concept of food packaging. 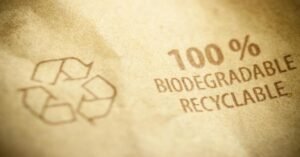 Biodegradable VS Compostable VS Recycled

This article is discuss the differences between biodegrable, compostable and recycled material.

Build The Food Packaging You Need, From Design to Quality

Design Products to Fit Your Needs.

Submit an Online Message, Reply Within 24 Hours by Email.

Ask For A Quick Quote

We will contact you within 1 working day, please pay attention to the email with the suffix “@ibeeco.com”.